I’ve been wanting to incorporate men’s fashion onto the blog for a while now and thus came the creation of “Mandays.” Every so often I will feature men from around the area and how they express themselves through fashion.

First up is Mr. Usen Esiet. Usen is 22 from Lagos, Nigeria. He is wearing a Bleecker Bomber Jacket by Converse, Denim shirt by Gap, and Jimmy boot by Native Shoes. 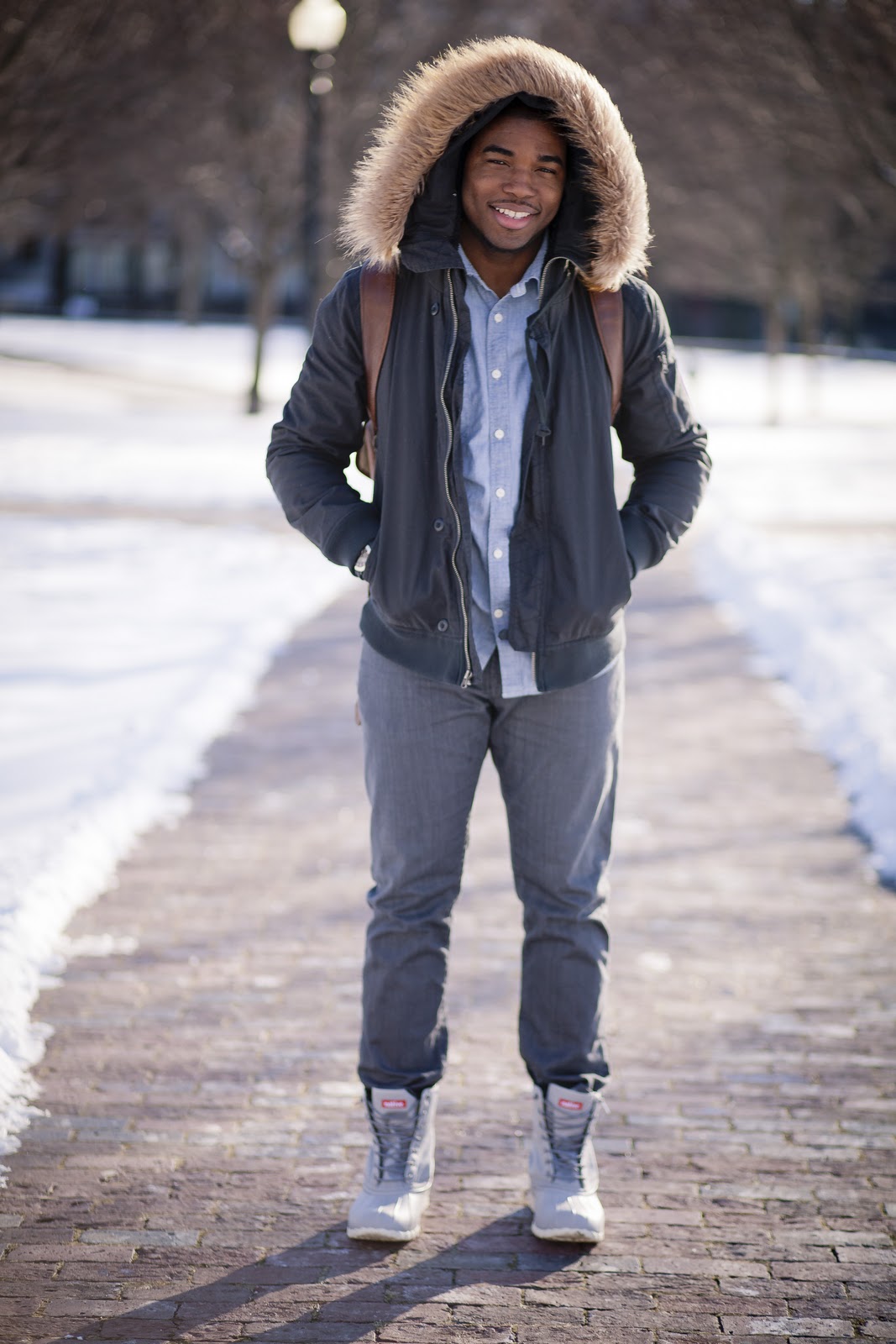 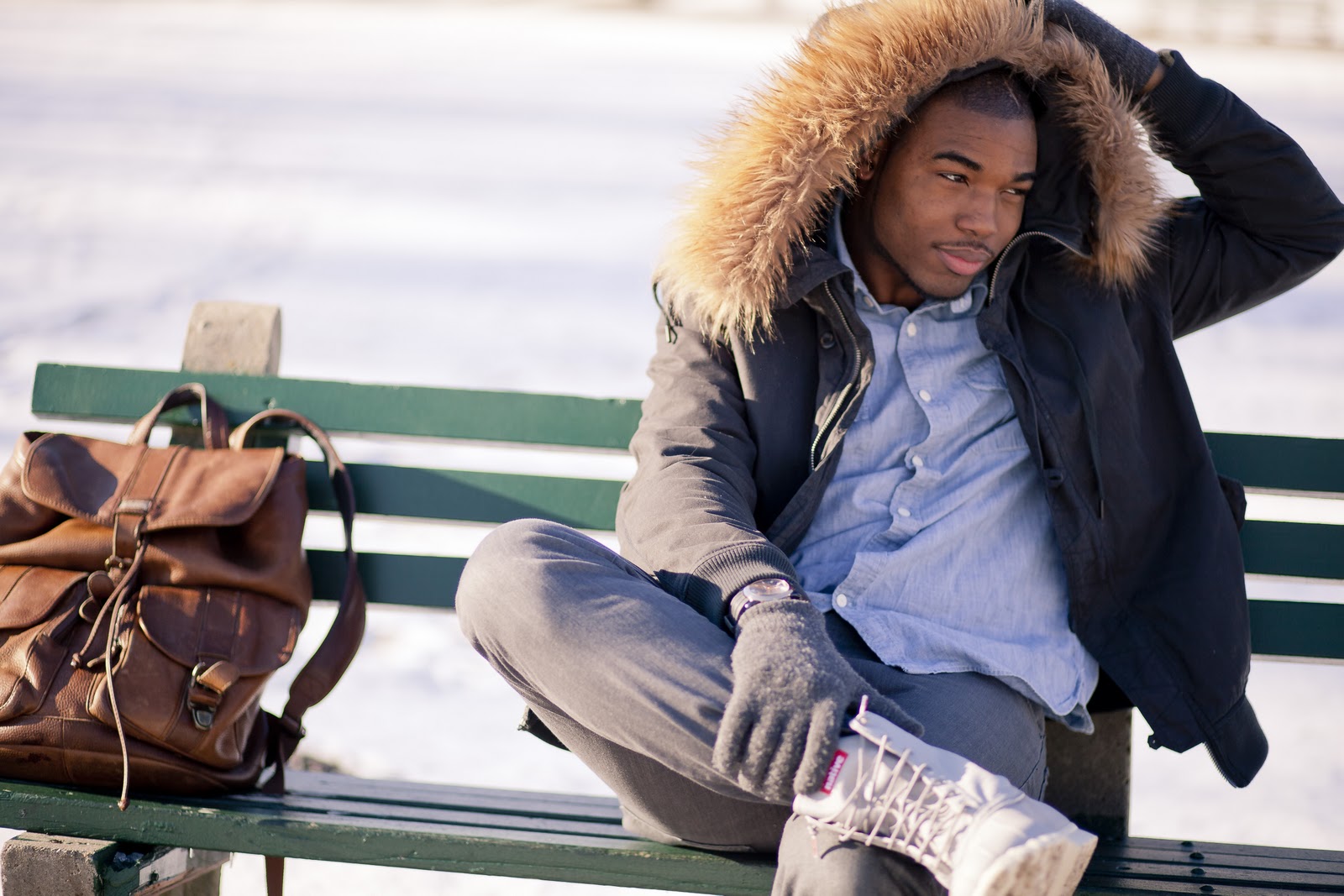 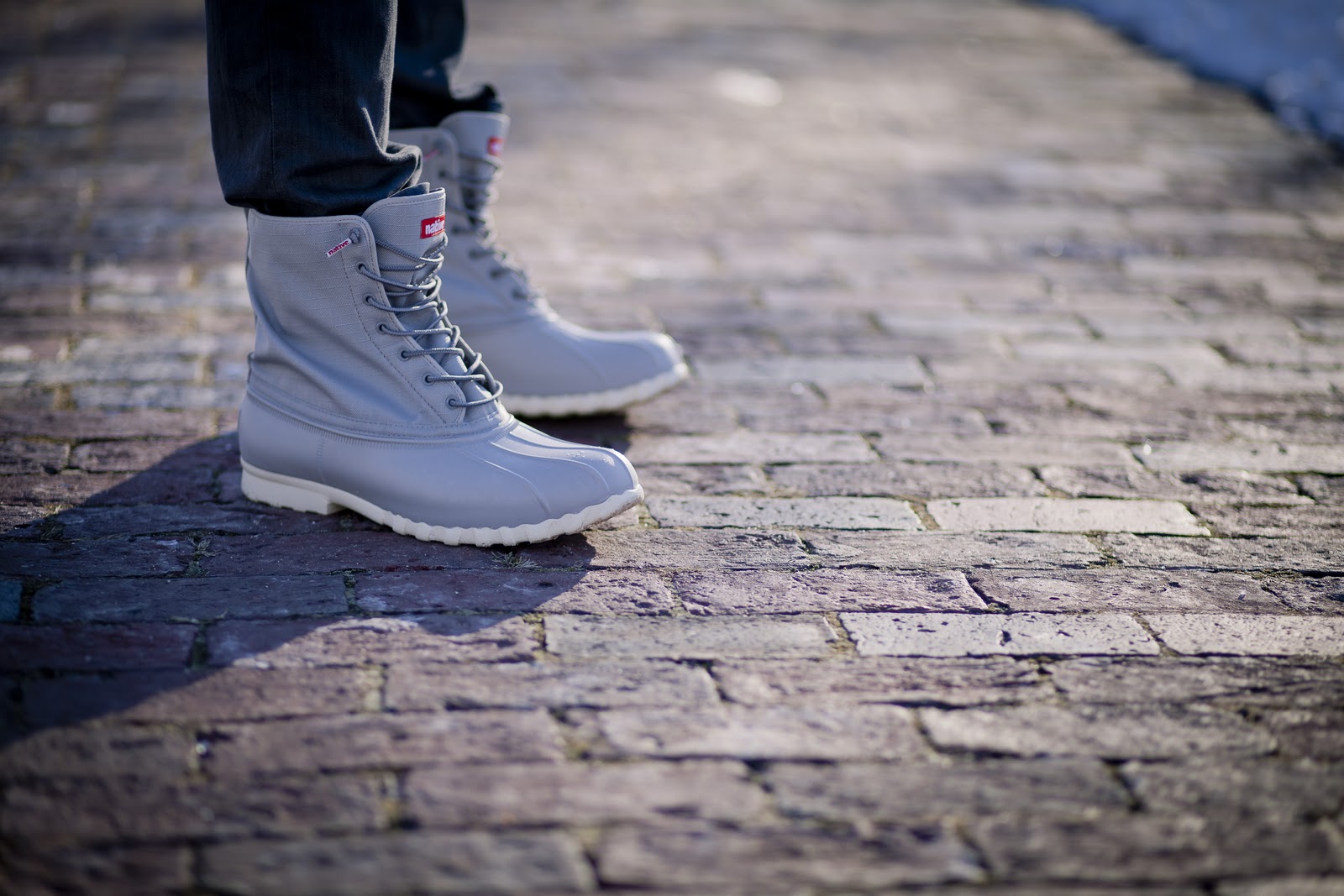 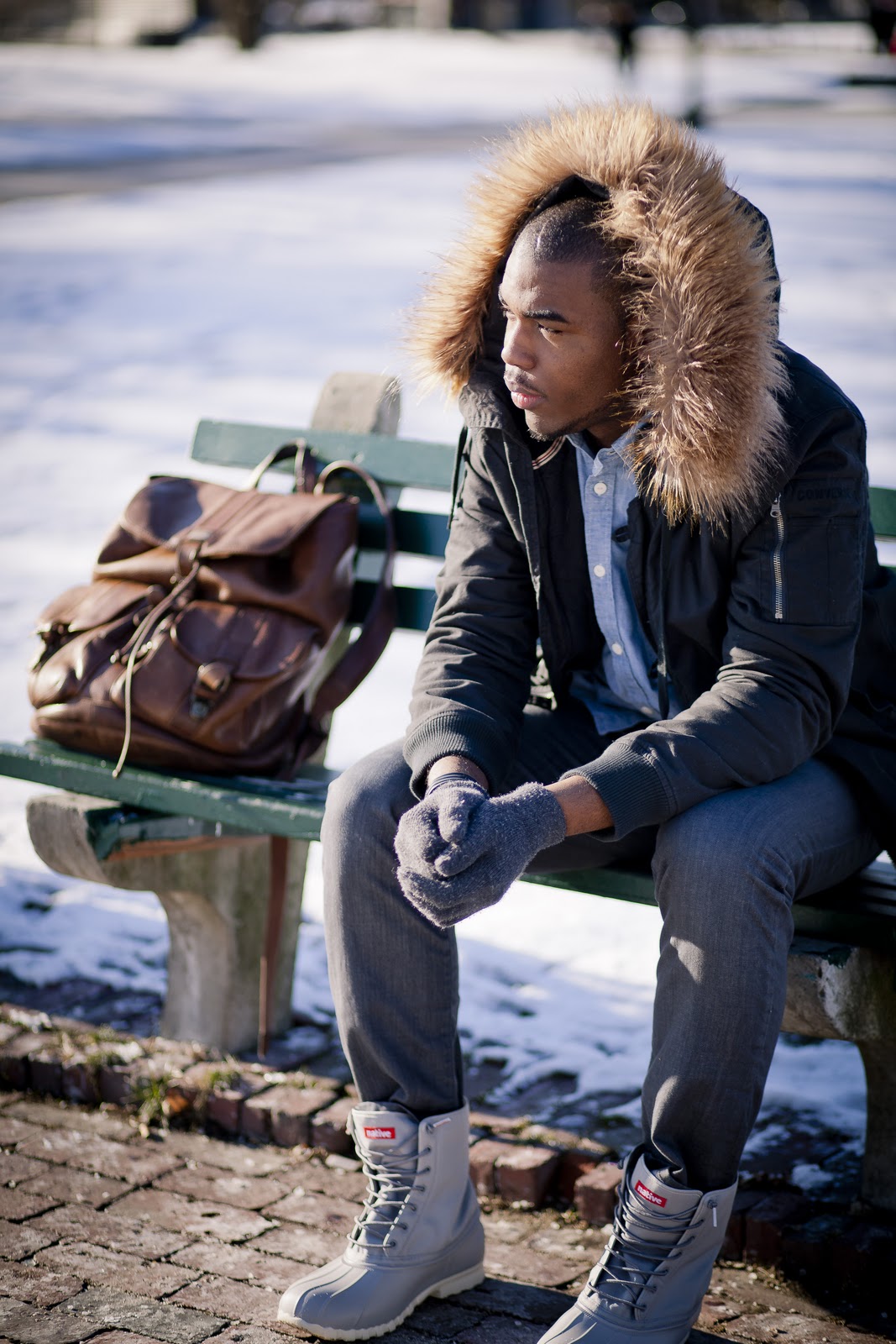 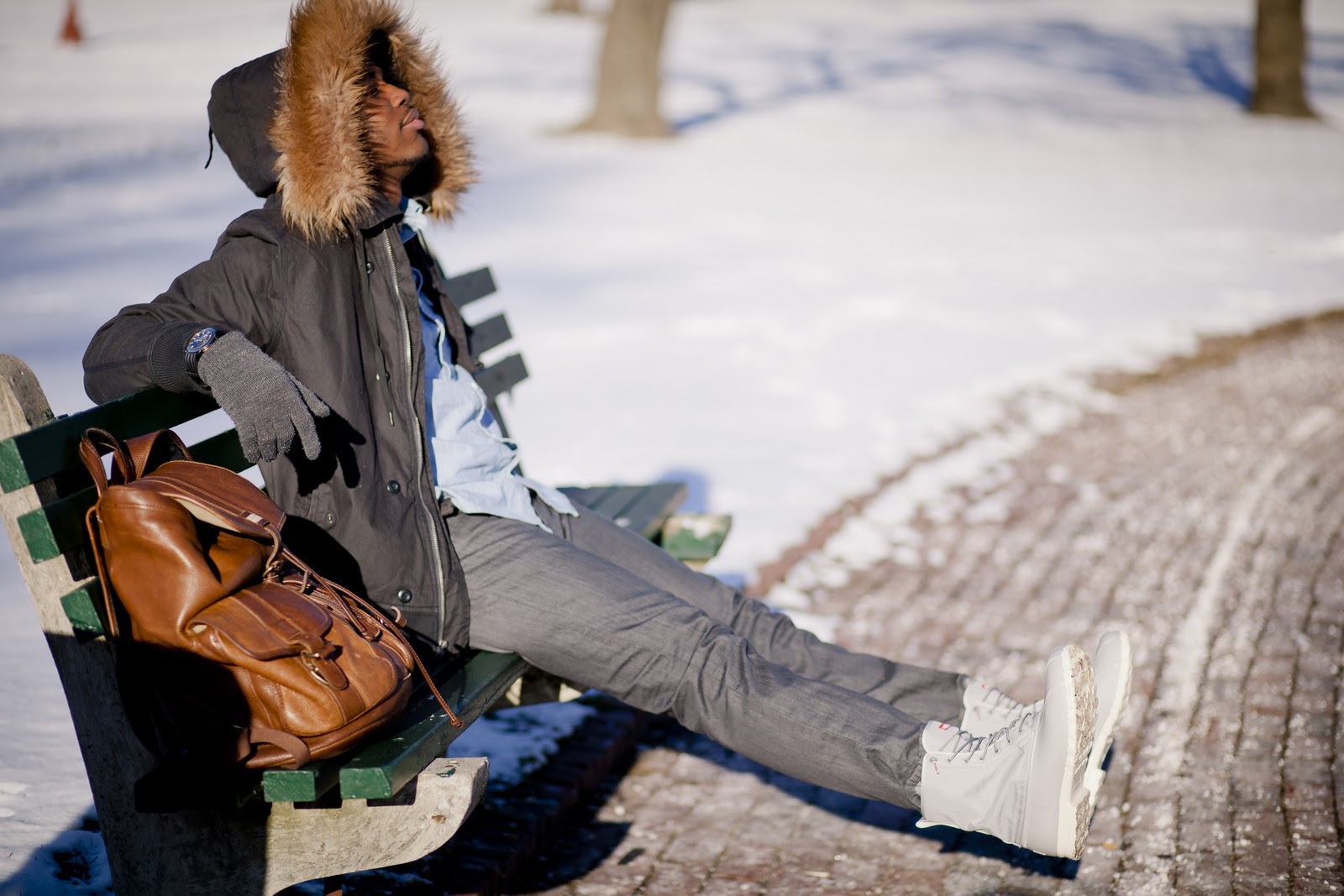 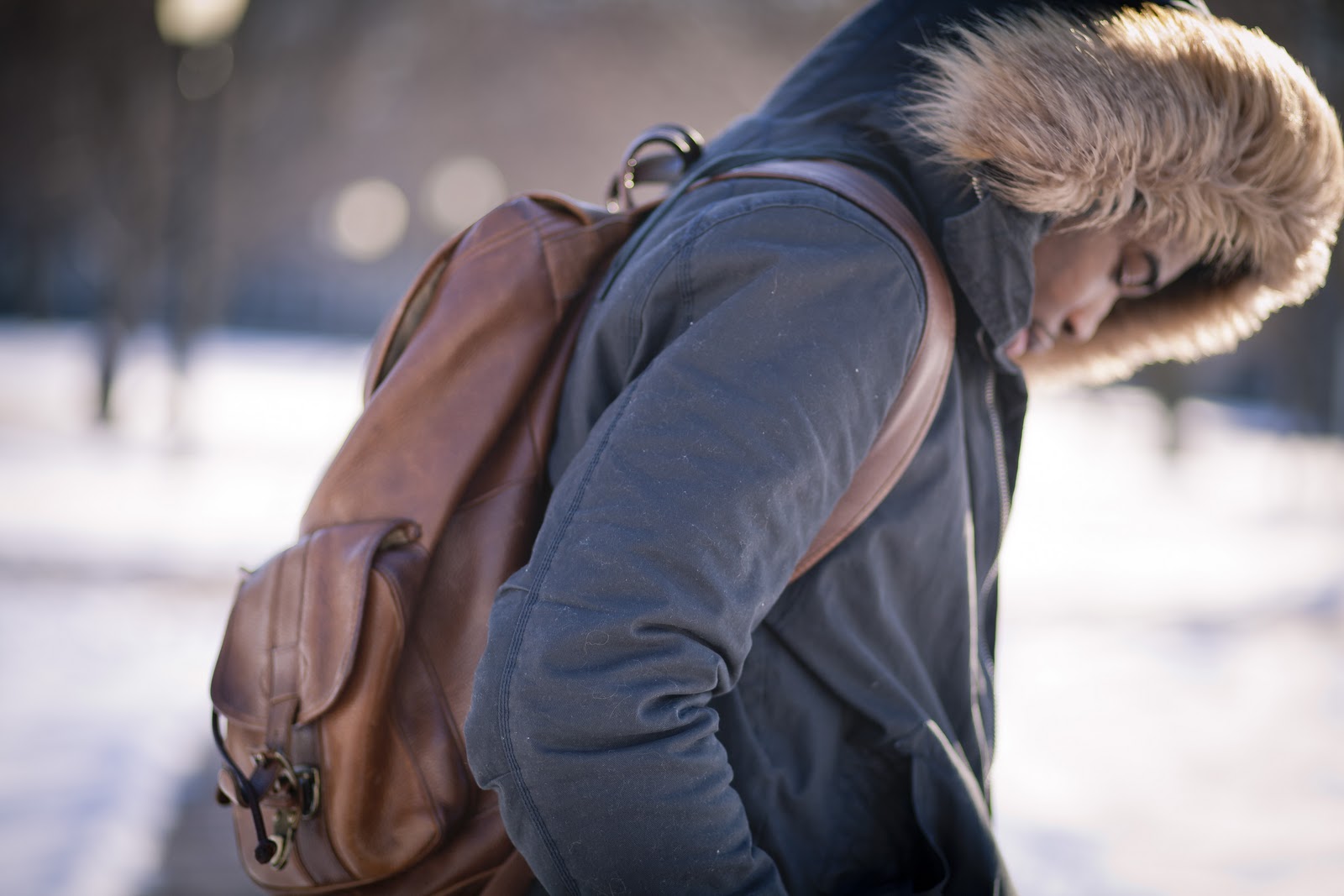 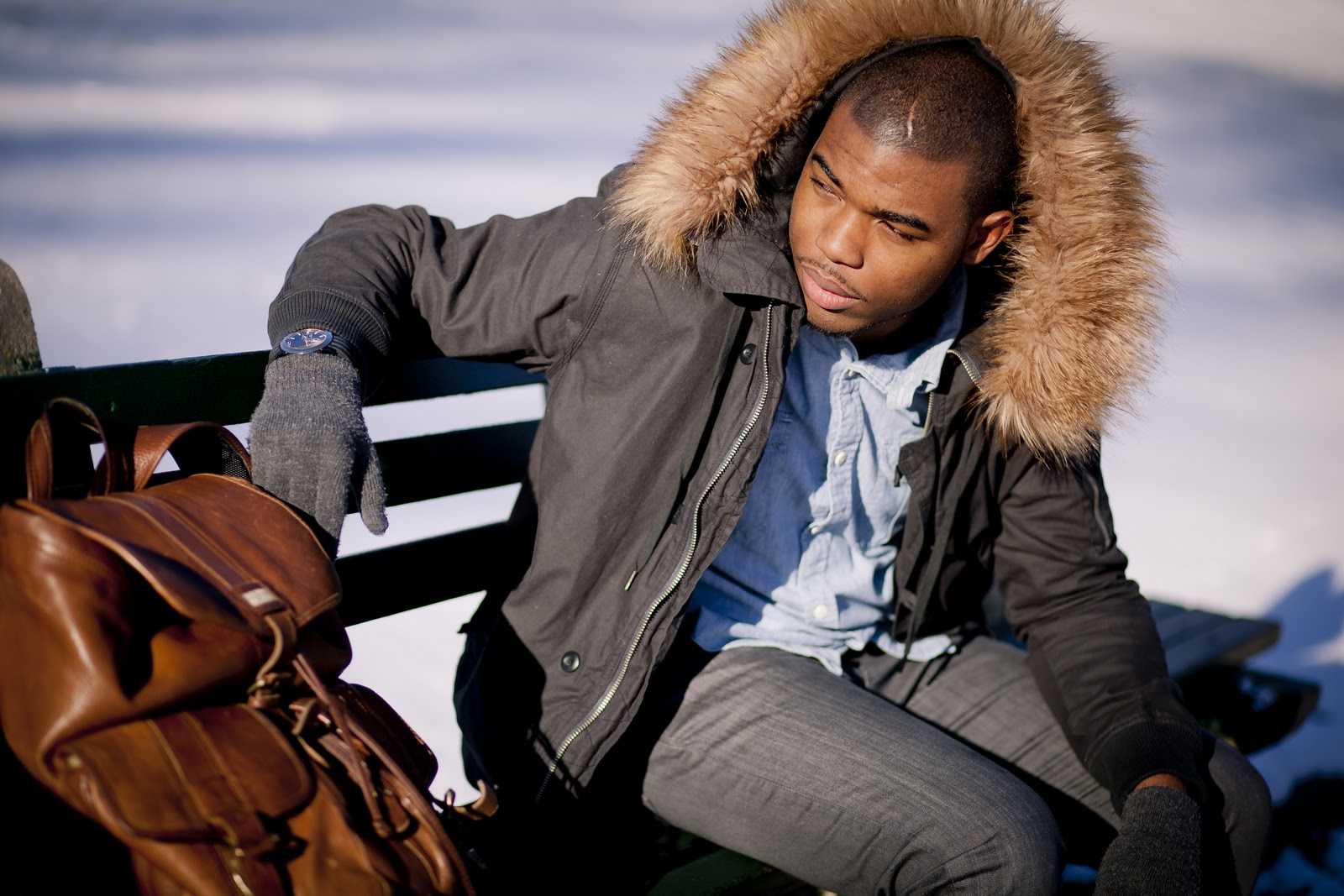 Photos by Me
How would you describe your style?
I think of style in terms of one of my favorite quotes from James Wilson of Secret Forts. He said, “Style is innate and ingrained. It’s not something you can buy. It’s unforced and natural. You have to find what about style is a part of you.” That being said, I guess I would describe my style as simple. I’m a firm believer in simplicity being the ultimate sophistication.
What’s your favorite piece in your closet right now?
Probably the shawl-collar pullover I got from Rugby not too long ago. It’s really just a plain sweater; very understated, which is usually what I go for.
If you were an animal, what would you be and why?
I always feel like I’ve never been able to answer this question properly. I think I’ll stick with a mythical creature this time and say a phoenix, mostly because it allows me to reinvent myself.
Where do you get your style inspiration?

I see myself as an eclectic individual so I would say I get my style inspiration from a number of sources and people. I usually just take note of some specific detail that speaks to me and try to infuse it into my own style, which is basically a form of reinterpretation and reappropriation.

But, to be slightly more specific, some of the people whose style I admire include (in no particular order): Josh Peskowitz, Joshua Kissi and Travis Gumbs of Street Etiquette, Mark Ronson, Kanye West, and a young, ambitious individual by the name of Funfere Koroye of FUSIONKELVAR.